A Pipeline is the primary mechanism for sequencing all the tasks that need to be performed, and is composed of one or more Stage, with one or more tasks in each stage.

The pipeline settings allow you to set the pipeline name, concurrency, description, icon and tags.

Being able to change the concurrency of the pipeline is often useful if you’re using shared resources that either don’t have the capcity to host multiple running executions, or there are resources that cannot be shared 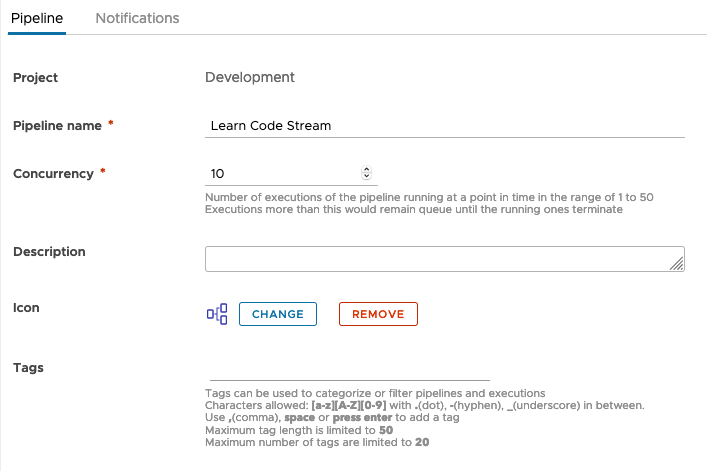 When editing a Pipeline there are four tabs to configure:

The workspace tab configures the environment in which the pipeline runs 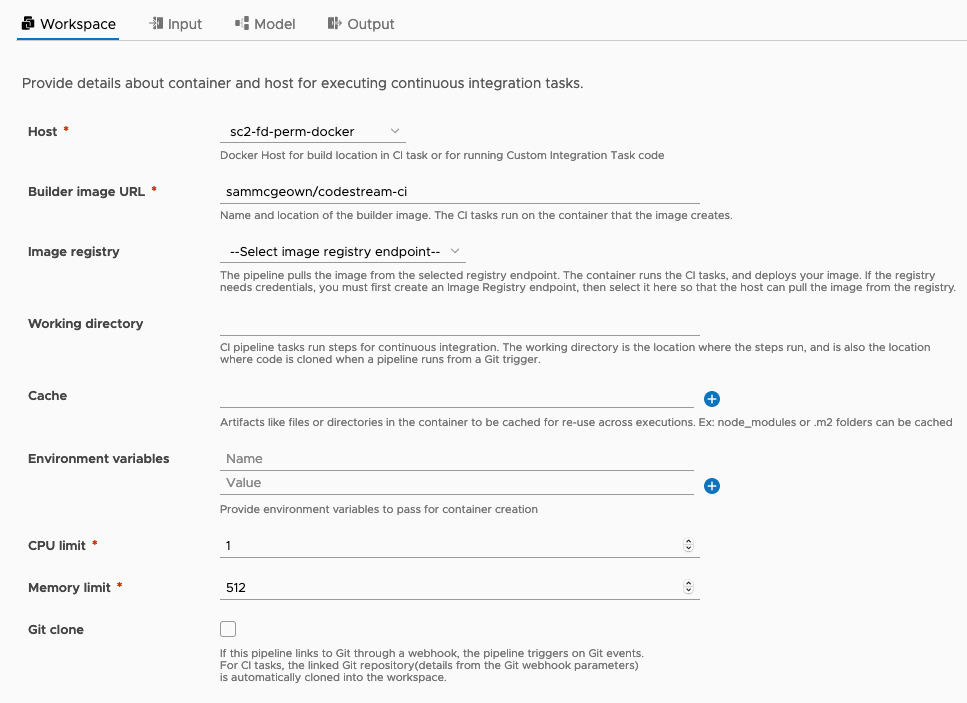 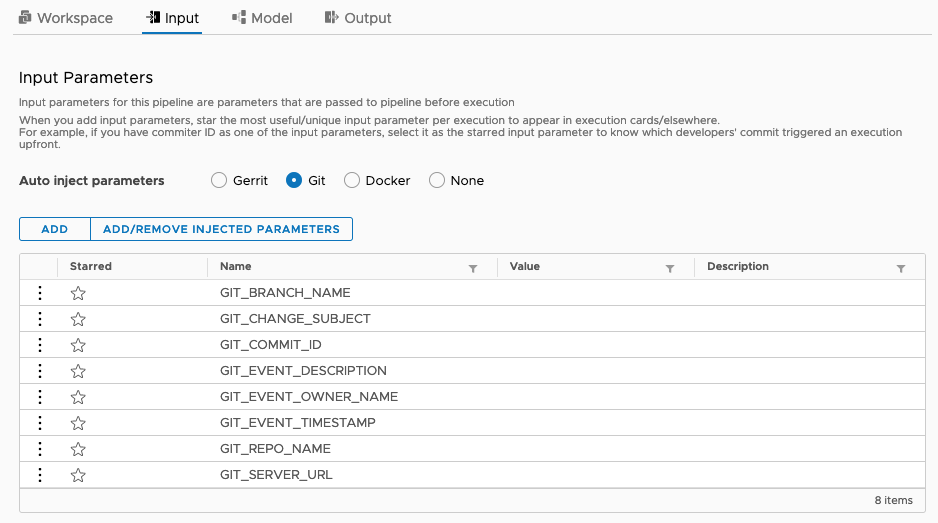 The Model tab is where you configure the Stages and Tasks of the pipeline - it’s where you spend most of your time when creating and editing pipelines.

Outputs can be mapped to values produced by tasks in a pipeline and can be useful when you’re nesting pipelines using the Pipeline task to return the results to the parent pipeline.

Most configurable fields within a Pipeline can also use [Variables], references to Input parameters, the output of other tasks or general pipeline properties by using a reference.

These can be accessed using by typing $, which will bring up the auto-completion:

Referring back to previous tasks is done using a heirarchy that matches the structure of the pipeline, for example: ${Build Stage.Build Task.output.exports.variableName} would refer to the value of a variable called variableName that was exported from a task called Build Task in the stage Build Stage.

Tasks return their output as JSON, and it’s often useful to look at a previously executed task to find the correct path to an output variable - if you look at the Execution of a Pipeline and examine the task details, you can click “View Output JSON” and use the “Path finder” option to discover the correct path:

The notifications tab allows you to configure notifications for pipeline events (completion, waiting for user interaction , failure, cancellation, and starting) using either an Email endpoint , Jira endpoint , or by creating a Webhook with a POST, PUT or PATCH payload.